The aim of Children’s Parliaments is to enable children to realize their rights guaranteed by international conventions, in particular the UN Convention on the Rights of the Child, education for active and democratic citizenship and multiculturalism, which is of vital importance for the “promotion” of values such as human dignity, freedom, equality and solidarity, and for the awareness of common values such as the respect for difference, tolerance and reasonable dialogue. The parliament is consisted from more than 200 primary schools from all over Slovenia. 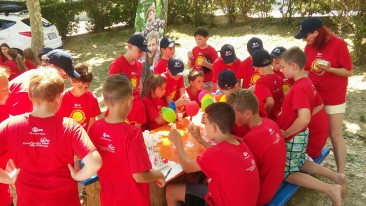 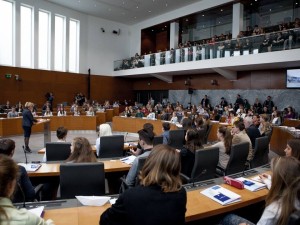 The Children’s Parliament was created on the initiative of the pupils in order to be able to speak publicly, present their opinions, ideas, dilemmas about issues that are important during the growing up in the environment where they live, study or spend their free time. In addition, they expect the attention of the school, as well as local authorities, governmental and non-governmental organizations, who need to listen to youth initiatives.

More information you can find on the following link:

Youthocracy is partnership project between organizations from Macedonia, Italy, Austria, Cyprus and Slovenia realized through the ERAZMUS+ Programme.

Disclaimer:
“The European Commission support for the production of this publication does not constitute an endorsement of the contents which reflects the views only of the authors, and the Commission cannot be held responsi­ble for any use which may be made of the information contained therein.”